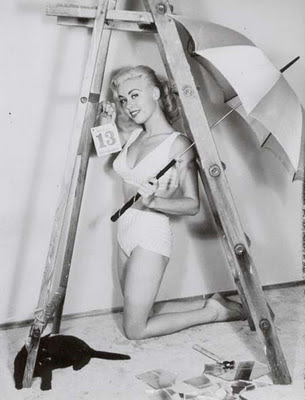 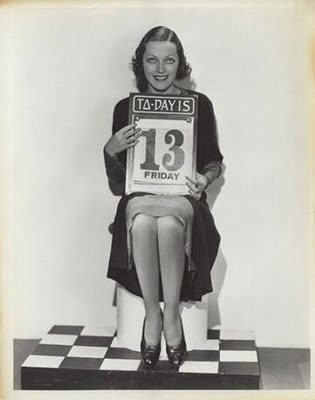 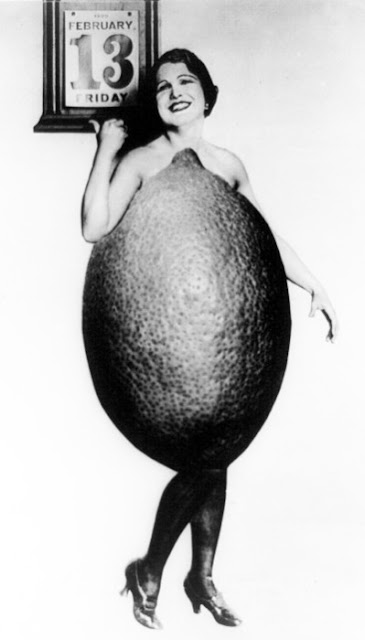 We will have three Friday the 13th's in 2012, the most you can have in one calendar year (one in April and another July). It is a great year for all who have "friggatriskaidekaphobia". Those who have the phobia will most likely stay indoors and out of trouble. The U.S. economy loses up to 900 million dollars every time there is a Friday the 13th—many people avoid business deals, or even work altogether, on the allegedly doomed date,  according to some estimates.

Are you out n' about today?  Or curled in a ball in your toasty warm bed?  I am thinking about calling in and declaring I have, "friggatriskaidekaphobia". They won't question that.  It sounds contagious.
Posted by its simple love at 9:38 AM

I LOVE Friday the 13th and I LOVE this post...great facts that I did not know, but now I do! :) I hope you have a lovely weekend!

Oh this was cool to read! I always observe when it's Friday the 13th and wonder if anything odd may happen, but I still have to go to work and all. Today, ironically, I'm sick so I'm home!

I never knew that Friday the 13th was that big of a deal! Craziness! I always thought it was mostly a big joke! Haha. This was definitely cool to learn though!

Ramblings of a Redhead said...

I only know how to pronounce that word, thanks to Charlie Brown. :) I don't have a fear of Friday the 13th, however my dad had heart surgery today and I was apprehensive that it was on the 13th...but my best friend told me it's considered lucky in Italy...so I'll go that route! And surgery went great :) happy weekend!

I didn't know that was an actual thing! I guess there are phobias for just about everything though. I worked today and am going out of town tonight! So I guess I don't have the phobia :) haha

Made it through unscathed -- PHEW!
xo Josie
www.winksmilestyle.com

Great photos my friend, I love the 13th my son was born on this date. So nice to catch up again. Hope you have a wonderful day.

Haha that is the weirdest phobia name I've ever attempted to read! Ever since my niece was born on a Friday the 13th I've grown to love them :) Didn't know we had so many this year though, wowsers!

Hope you've had a great weekend :)

Enter the coupon code "iheartande" for 15% off!